Musings from earlier this year – and in a way probably a foretaste of the future. From a mail I sent to a former student [well, I say former while my Chinese students don’t stop seeing me as their 老师:

Thanks for the mail, 刘嘉颖,
yesterday I submitted the reference. I think there is a general problem with these submissions, only very few universities showing respect. It is all set up to suit the universities, not the applicants. If they send a mail to he BU-mail they get an auto reply, asking them to resend the mail the esosc-mail which they do not do. I perceive this as disrespecting your interest of taking really care of your application. There are other things: the mail was marked as SPAM because an oeverload of graphs, depersonalisation of addressing the message, silly questionnaires and forms which, if submitted by a student as ’sample for how to design a questionnaire’, would result in ‘failed’ … – Well, all this is a simple economic issue 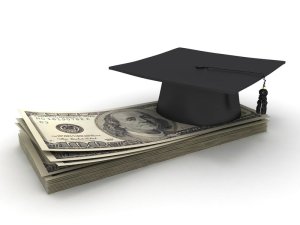 * if accepted you will pay fees

* they ask academics to help THEM, the university, with the assessment, and we do it for free – it seems as we would do it for you, the student – and in some way it is true; but economically we work free for those universities – imagine one alternative: they would employ external assessors? Would they work for free?

May be even they would – there are ways to make such jobs ‘attractive’ – one could beat them with a note in the CV: External Assessor of …university.

That these procedures of universities upset me more then it probably should has exactly this reason: universities of this kind, money making machines that live on the back of others, without respecting even basic rules of market relations are just one example of an endless number of today’s mal-practice businesses, though they babble about dignity, social responsibility etc. It is the same irresponsible behavior as the behaviour of an airline that ‘allows’ people with a licence as pilot to join as co-pilot, without paying them – as those pilots do not have any proper alternative, they accept it because they need a certain number of hours per year to maintain the license. Many other things could and should be mentioned, in academia the tenured positions are becoming further reduced, people like myself working on ‘occassional jobs’, doing so without social insurance etc.. And it also undermines the ability and capacity of universities to offer proper education as in some universities even for teaching obligatory courses there are only ‘casual lecturers employed. [I am not sure anymore, I think at the university of Vienna ca 40 percent of teaching staff is not-permanent]  – You may see many issues I was talking about in the economics classes: about the invalidity of the law of supply and demand, the laws of the market being laws of power and not of free choice, contracts not realy about what they formally suggest to be, and also the externalisation of cost and even the production functions, here in terms of a change of the function due to the wrong basis for the calculation: part of the work is not included into the calculation. And it goes on as at the end it is of utmost relevance on the micro- and the macro level. Just think briefly about issues of taxation. …

And possibly the end of a string of posts on this topic, which could be drawn together under the heading
Raise and Fall
Not sure, if this is the complete list of related posts, at least some:
.
It remains to be added that some universities that I contacted directly with complains, came back to me, asking for apologies, and exact information to consider changes of the procedures, also opening them for a more personal way of assessment. Though all this is often and seems to be a waste of energy … – perhaps it worth to move on, of course in the best case it is not just a matter of private initiative but a collective move and protest against the fall of higher education.

5 risposte a "the market and … power versus respect and dignity"