Conventions – one of the meanings is the following, taken from an online etymology dictionary I occasionally use:

In the social sense, “general agreement on customs, etc., as embodied in accepted standards or usages,” it is attested by 1747 (in a bad sense, implying artificial behavior and repression of natural conduct, by 1847). Hence “rule or practice based on general conduct” (1790).

Yes, there is a bad sense to it – in a book, I was reading I stumbled upon the phrase of the 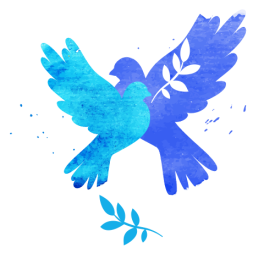 I hesitated: as the book – talking about education and democracy during that period – was not clearly European, British, US-American … , I was wondering what this could mean: interwar years? Of course, the convention refers to the years between WW I and WW II, and this is what showed up when looking up on google, also on wikipedia a special site dedicated to this period. However, digging a bit further, there is on the same conventional site (yes, google and wikipedia managed to become some kind of today’s “convention”) one titled

A piece of peace, if one wants, and if understands piece as “a little bit”. Easily overlooked when reading too fast, just accepting conventions: The INTERwar years had been years engaged in many wars