3 commenti Posted on agosto 9, 2019agosto 8, 2019 Inspirations, thoughts on life and its philosophy

Dear [name of health insurance], thank you so much for your kind message which I could read after about 5 mouse-clicks and successfully digging out my insurance number, followed by another mouse-click … – I have to admit that i could have saved the energy (my personal and that of running the computer) as the message does not in any way engage with the message it supposedly answered …
Are you interested in my detailed reply right now? Please, come to my flat, I have written it down and may even help you to decipher my handwriting, assuming that you lost some part of your reading skills over the years – as said, the message you sent suggests something like it.
此致

I am serious, especially today, after having met the last group of my students for examination. Part of the discussion had been the question how it is possible that we are apparently all (forced to) moving around in a system that makes us to something worse than jesters? The jester at court had been asked to be critical and provocative, transporting the critique to the kings and lords, the modern jester is being asked to accept eighteenths fooled and to pass critique on to those below … to those below …

There cannot be any doubt – leaving all qualification aside – the “Me Too Movement” had been necessary and, while equally doubtless there had been flaws and negative effects, it produced many positive results. – As Lewis said

Thus I dare to ask if

did not need another, complementing, movement or had been such double movement, one that said

Unfortunately the Me-Too-Movement had been been necessary by the “detestable behaviour”, women had been confronted with and – at least for some time, surely for different reasons – “lived with without accepting it”. But hadn’t it been also – then – a movement of women who now said “I do not accept it anymore”? And had it possibly also before a lack of men who resisted peer-pressure, following peers and societal images that suggested such assaults being “normal”, at most trivial offences — part of the story reminds me a bit of the debate in Marxism, looking a the development of the class in itself (defined by the situation as such) to the class for itself (defined by the perception and the subsequent joining in with others and acting “solidaristically against the other” (the one class defined by the existence of the other; the raped, abused, disrespected … defined by the rapist, abuser, disrespectful …). And all this is in part a somewhat paradoxical constellation: acting “social” requiring gaining independence from the social settings and environments.

There is this ambiguity – on the one hand, MeToo had been

“a movement about the one in four girls and the one in six boys who are sexually abused every year, and who carry those wounds into adulthood,”

as Tarana Burke said – a much too high number though still a minority. On the other hand she also highligthed

We start by dismantling the building blocks of sexual violence: power and privilege. This starts by shifting our culture away from a focus on individual bad actors or depraved, isolated behaviour.

not just rejecting and detesting What others do, by accusing “them”, but accusing ourselves as long as we bear the role of victims (yes, of course regards from Foucault). So, establishing such movements, in daily life has to be about

and not allowing others using the mobile phone, permanently interrupting the communication, not allowing the other to remain without answering and not allowing the mocking, suggesting that parents now, using their e-vehicle to bring the kids to the Friday rally asking for effective climate protection. Isn’t our acceptance to often a neglect easy ending up in rape of minds and praxis? Finally, all this is about self-determination as a fundamental right.

Mi piace Caricamento...
Lascia un commento Posted on febbraio 2, 2018gennaio 28, 2018 contemporary socio-economic situation, social quality, thoughts on life and its philosophy
Patterns of revolution change …
– at some stage it had been the increase of the price of bread, causing the upheavals in France, or at least being a string contributor; now things changed 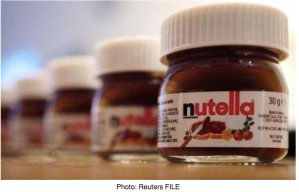 It is the decrease of the price of Nutella that causes at least upheavals.
more changed: At some stage it had been about directing ager against the nobility, now it is against the fellow consumer … – apparently too small to mention details of history matter, indeed.

Back home now, taking up teaching again – and with this the “major challenge” we face – nolens volens

Collectively, all of us – all we liberal academics – were struck with a paralysis of will as the system not only grew round us, but built us into its own body-walls. Once inside there it looked as if we were running our bit of the show: but the show itself was being directed towards other ends.

Andrew McGettigan, also quoting this, comes in his review article in Radical Philosophy (186 – July/August 2014) to the conclusion that the really important thing about the book Warwick University Ltd. is the investigative journalism. The importance of such investigative journalism cannot be denied.
And I am right now again made aware of it: there had been the change, now the business school teaching economics with reference to the CORE-programme – I commented earlier on it, saying that there would be some progress at least. During the last days I learned that even this is a questionable assessment, reading in mails:

… we have to bear in mind when looking at the CORE information, that we are teaching economics to u/g students in a Business School and so interprete the information accordingly, although I do however understand that students might be interested these other areas. …

… As you state, the e-book is substantial and so we are clearly not covering all aspects in detail but the relevant staff are deciding which aspects of each unit to focus on. You can reasonably assume that we have discussed all of the “Key Points” listed at the end of each unit. …

Looking then at other documents, I see exactly those walls, replicated and known …, and not touched.
With all the complains, however, we should never forget that there may be a mechanism here name “distraction by attraction”: Being carried away by the presentation of “simple facts”, scandalisation, and also the play with abstract ideas and models lets us easily forget the actual core of any academic work:
The philosophers have only interpreted the world, in various ways; the point is to change it.
This surely goes beyond (and deeper than) descriptions and statistical meticulousness and the learning of formulas. Indeed, academics should refrain from moving on the stages, “cutting things into pieces”, describing facts like playing roles. But mind:

That’s enough words for the moment,
Now let me see some action!

While you’re handing out the compliments,
You should also make things happen.
Why talk so much of inspiration?
Delay won’t make it flow, you see.

taking up the “major challenge” we face – nolens volens. And the worse answer is:ignoring it, turning head and mind to business as usual, business in capital letters…